We would like to offer our sincere support to anyone coping with grief. Enter your email below for our complimentary daily grief messages. Messages run for up to one year and you can stop at any time. Your email will not be used for any other purpose.

Share a memory
Obituary & Services
Tribute Wall
Read more about the life story of Joy and share your memory.

Joy Hicks, 97, of Berwick, went to be with the Lord, Sunday January 22, 2023, at the Geisinger Bloomsburg Hospital.

Joy was born January 18, 1926, in Berwick, the daughter of the late Joseph R. and Lillie (Harter) Cameron. In addition to her parents, she was preceded in death by her husband Clyde Hicks in 2013.

Joy was a graduate of Nescopeck High School and she graduated from Dickinson College in 1947. She was a member of Pi Beta Phi Fraternity, Wheel and Chain, Senior Women’s Leadership Honorary. She served the Berwick Public Library as a Librarian from 1949 - 1953.

She served as President of the former Columbia County Federation of Women’s Clubs through her affiliation with Twentieth Century Club with which she was associated since 1963. She received the Silver Order of Beta Sigma Phi after 28 years of membership. There was a period of years in which she presented programs and book reviews to various organizations and incorporated music into many of her later presentations.

Joy had been honored by the Business and Professional Women’s Club as Woman of the Year in 1984 and in 1988 received the Distinguished Woman Award by the Penn’s Woods Girl Scout Council.

Private services will be at a later date at the convenience of the family.

Family and friends may send online condolences to jameslhinckleyjrfuneralhome.com.

To send flowers to the family or plant a tree in memory of Joy (Cameron) Hicks, please visit our floral store. 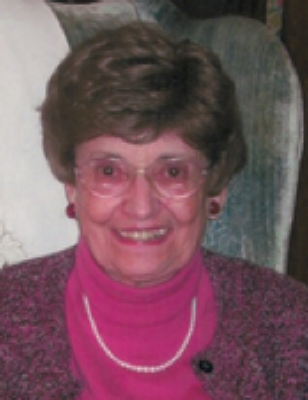 Look inside to read what others
have shared
Family and friends are coming together online to create a special keepsake. Every memory left on the online obituary will be automatically included in the book.

Look inside to read what others have shared

Family and friends are coming together online to create a special keepsake. Every memory left on the online obituary will be automatically included in the book.

You can still show your support by sending flowers directly to the family, or by planting a memorial tree in the memory of Joy (Cameron) Hicks
SHARE OBITUARY
© 2023 James L. Hinckley Jr. Funeral Home and Cremation Services Inc.. All Rights Reserved. Funeral Home website by CFS & TA | Terms of Use | Privacy Policy | Accessibility